Established in 2018, Vio is a privately owned and FDIC approved bank. It is known for providing the best rates on certificate of deposit(CDs) and savings account. These two are the most common accounts in which people save their hard earned money.

Vio is supported by MidFirst Bank. One of the largest and most reliable financial organizations in America. The standard of customer service provided by Vio bank is at the same level as that of MidFirst Bank. This makes opening a savings account or CDs a profitable and preferred option.

Vio Bank is a highly flexible financial partner for the retires

As I already mentioned above, Vio Bank is FDIC approved. Hence, your money is insured by FDIC and you don’t have to worry about putting your retirement money in unreliable hands. With a Vio Bank savings account, you can access your money whenever you want. Moreover, you can go for the CDs if you need a guaranteed interest rate. You are always going to get the best rates as they constantly stay updated with the interest rates provided by other banks in America.

It is wise to put a thick part of your assets in CDs. As you will be getting a guaranteed interest rate for a set period of time. Plus, you can relax knowing that you will be getting the exact amount after a fixed number of years. But, you cannot withdraw your money from CDs without paying a hefty fine. So, be sure about this fact before putting your money in CDs.

Saving account is another way of keeping your money safe and getting a certain percentage of interest every year. Vio Bank lets you redeem your interest after the end of the financial year. The biggest advantage of a savings account is that you can withdraw your money six times per month and you also get a higher rate. But, it should be noted that the rate can fluctuate by the market situation.

Your information is secured with Vio Bank

Vio Banks makes sure that the information provided by you is safeguarded from hackers and identity thieves. They have a team of experts who work diligently to protect your money and data. Like every major bank, Vio Bank also provides services like online and mobile banking.

Most people are skeptical when it comes to providing their account information to websites and mobile apps. But you can rest easy as all your financial transactions on the Vio Bank website are protected with strong encryption controls validated with digital certificates issued by Symantec. As for as mobile banking is concerned, your device should have 128-bit encryption technology in it or else the transactions won’t go through.

To reiterate, Vio banks offer the highest rate compared to other banks in the nation. Also, the minimum deposit is quite low($500). Even a student can open a CDs or a savings account with Vio bank. However, one downside of opening a CDs account with this bank is that there is some early withdrawal penalty along with $25 fine. 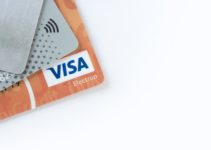 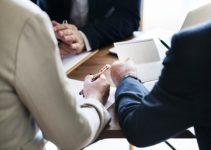