Home
Love
Be Weird, Be Wild, Be You 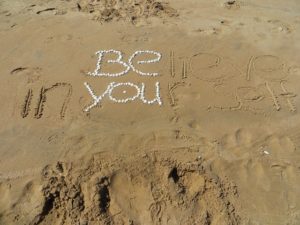 About 22 years ago, Martha Kaufman and David Crane introduced us to a character, absolutely pure and wild- Phoebe Buffay. Phoebe who experiences a terrible childhood, with her mother killing herself that results into her living on the streets, comes across as the strongest person among the six friends. She is odd, believes that wild animals can understand human speech, and has the most abnormal friends like the woman who shaved her head or the man who ate chalk. She is childlike and innocent enough to believe in everything her mother told her about love – ‘”Putting out” gets you love and that you should never share your doubts or fears with your partner.’ But the best thing about her was she never hesitated to be herself. In one of the episodes when Rachel is too embarrassed to run with Phoebe, she calls her uptight and runs anyway.

The moral of the story my f.r.i.e.n.d.s is, be like Phoebe- be wild, be crazy, be fun, be happy, be like a child, be you. Listen to the little voice in your head when it is the only one voice which tells you to participate in the stage dance, when your hands are shivering due to stage fright. Do that one thing everybody thinks you never can. Don’t leave an opportunity to be happy and enjoy yourself.

People tend to fall in love with the real person you always try to hide- the actual you, not be twisted to fit into the images created by the world. The one that is random, weird, confidently weird, bright, wild, and free. We weren’t born with tags and weren’t meant to be put into cages, but sometimes, most times things don’t fit. Our hearts are little wild beings, probably why they’re in cages. Don’t try to tame your hearts, instead let them free into the world.

The biggest lesson you need to learn today is that it is okay to be flawed. Embrace your defects, which make you different from the others. Those cracks let the light come inside. “Those who were dancing were thought to be insane by those who couldn’t hear the music.”

Have you ever watched the stars? How beautiful is it to just sit on your terrace and watch the millions of beautiful glowing dots in the infinite space above you. But, stars are not small or gentle. They’re burning. They are not here to be just pretty. Learn from them. Learn to be not scared. Learn to open up, love, make mistakes, be stronger, and start all over again. Learn from the nature. Learn and keep growing.
In this world full of unfulfilled desires, we constantly looking for someone to complete us, not realizing that we were never incomplete ourselves. The goal is to find the other half in you.

The happiest people aren’t those who’ve had everything in life, but those who are thankful of everything they do have.

Stop being concerned about what ‘everyone thinks about you’. Fill your lungs up, with life and zeal, and say, ‘I’m alive.’ You are talented, beautiful, powerful, willing, open, strong, valorous, hilarious, loyal, and gorgeous. But more than all that you are enough. 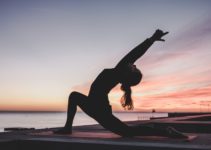 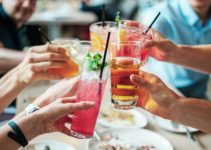 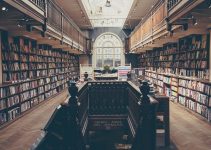