When money gets tight, people often have to make hard financial decisions. In some cases, the decision is all but made for you. Should you pay your electricity bill, or keep the cash that you have on hand to get back and forth to work? In this scenario, it is almost a guarantee that you would choose to keep the money you have so that you can keep your job. In other cases, though, paying bills late is just a matter of poor money management. Learn why paying your bills late can start a domino effect, impacting nearly every aspect of your finances.

When you open up a new account with a creditor, the payment terms are generally for every net 30 days. What this means is that your bill for that account will be due on the same day each month. So, when you fail to make a payment by the time the next due date comes around, you will officially be marked as being delinquent. Delinquencies have an unfavorable effect on your credit, causing your score to fall by a variable amount of points each time one registers. The other unfortunate part about delinquencies is that they don’t fall off your credit report for seven years.

Once a bill becomes past due, many creditors tack on additional fees and penalties, which can add up to be significant amounts. For instance, a landlord might charge their tenant up to $100 in fees for being a single day late. While you may be able to get your late fees waived in special circumstances, for the most part you have to come up with them at the same time you make your regular payment. So, unless you absolutely did not have the money to pay a bill on time, you are essentially giving your creditors extra money for the privilege of making a late payment. If you are looking to improve your financial outlook, this strategy simply fails to pay off.

It Becomes a Difficult Habit to Break

Whether you accidentally forget to pay the same bill on time each month, or only make a payment after you get an alert from your creditor, regularly making late payments is a challenging habit to break. There are situations where people simply end up struggling so much that they don’t have the money available to pay their bills on time, but they are usually only during extenuating circumstances. However, if you are realistic with yourself, you can probably manage your money a bit more effectively and avoid making late payments.

Most people have experienced financial hardship, and have had to make a late payment or two. But when paying your bills late each month becomes a habit, there will be consequences. You will end up paying unnecessary fees, your credit score could suffer, and you will likely get sucked into making it a habit. Do your best to pay your bills on time or even a little earlier to prevent falling into this trap. 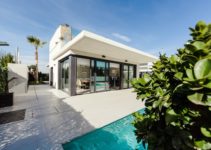