In this article, we intend to show you the trends in the live gaming industry that showed up in 2018.

The Top Trends of Live Gaming that Showed Up in 2018

1.  The Rise of Cryptocurrency

Since the announcement of the bitcoin back in 2009, digital money has managed to become part of many transactions. In 2018, more and more live gamers want to use digital currencies. The players prefer to use the virtual cash to make deposits and withdrawals. According to a report published by Digital Trends,after a group of 1000 millennial gamers had been surveyed, it was discovered that over 80% of these gamers were interested in using digital currencies to make gaming transactions.

As of 2018, the crypto universe has expanded. It does not just have bitcoin in it nowadays. There are more digital currencies that players can use to make their gaming transactions.

Below, we have good examples of the main digital currencies and Blockchain technology which have been revolutionizing the gaming industry in 2018:

Things were made easier for live gamers who prefer using digital currencies in 2018 by the fact that more live gaming platforms started accepting virtual currencies.A growing number of online casinos have been accepting bitcoin and other cryptocurrencies as a method of payment

When it comes to discussing live games, one trend that cannot be ignored is the eSports trend. eSports has continued to grow and develop over the years. That growth did not stop when 2018 finally arrived. More events were held in 2018 with both amateur and professional gamers being involved. eSports events get more and more competitive, especially when there is a high likelihood of winning a huge sum of money.

The most popular eSport games played in 2018 tournaments fell under 3 main categories. These included:

eSports is getting more fans. This is largely due to the massive exposure it is getting from live gaming platforms such as YouTube Gaming and Twitch. It is estimated that by 2019, the eSports should have more than 427 million people watching it worldwide.

People are usually more familiar with characters in movies and TV shows. This is the reason why live games based on TV shows and movie characters usually cause more stir when compared to games which feature unknown characters. The reasons why branded slots succeeded more in 2018 is obvious. We already love the characters whom we have probably known for a long time after watching them in the movies or the TV shows. This makes the branded games even more exciting to play.

A good example of a branded slot that appeared in 2018 is the Game of Thrones. Micro gaming turned Game of Thrones, a popular TV show, into a video slot game.Obviously, the game is based on the HBO fantasy drama series.

One of the live gaming trends that appeared to have had a lot of impact in 2018 is the online gambling trend. Sports betting and live casino appear to be attracting more and more people. This probably made possible by the fact that it is becoming much easier for people to participate in online gambling. The internet has made things much easier. For example, people who enjoy live casino games can use Playtech live casino to enjoy their casino games online without leaving their house.

Numbers don’t lie. When you look at the revenue that the online gambling industry has managed to generate over the years, it becomes apparent that the trend can only continue to grow stronger. Back in 2017, the industry generated more than $620 billion. In 2018, this number was expected to rise to over $700 billion. By the time we reach the year 2022, the revenue is very likely to have crossed the $1trillion mark.

Live gaming used to require the gamers to have access to a computer. However, more and more live gaming companies are realizing the power of improving the mobile live gaming platforms. This could be due to the realization that almost every live gamer has a mobile device nowadays. Additionally, since the gamers carry their mobile devices with them, they are capable of playing live games at anytime.

In order to give you a better idea of what we are talking about, it would be better for us to show you the statistics in terms of revenue generated by mobile gaming in 2018. According to NewZoo, the gaming industry generated about$137.9 billion in 2018. Mobile gaming is responsible for more than 50% of this revenue.

Mobile device developers have continued to improve their devices. They are producing devices with improved graphics, better designs, and with advanced technical features. This can only indicate that the future of mobile gaming looks bright.In the future, the mobile platform stands the chance of taking online casinos to new heights.

If you are new to gaming, you are likely to wonder what exactly we mean by the term gamification. Simply defined, gamification refers to the process where any necessary steps are taken to ensure that a player is totally engrossed in the online casino gaming. Gamification has had significant growth in 2018. The main goal behind gamification is to make sure that people who enjoy casinos are given something different in their online slots games. This helped in fighting market saturation.

Developers had already noticed the trend that more people enjoy playing live games which feature storylines, narratives, power-ups, unlockable content, avatars, and leveling-up. These are the game elements which have the potential to hold the player’s attention for a longtime. Realizing this, the game developers embarked on developing bigger and flashy games for online casinos.

Gamification,just like companies have leveraged it in the past to entice new customers to try out a new service or brand, can be used by game developers to get people who enjoy live games to try out new games. It can also encourage the players to play more games online. Since gamification will offer the gamers something to work towards, this can keep the gamers interested. What this tells you is that gamification is not going anywhere. It will only continue growing even stronger in the future.

The reason why the Virtual Reality trend will continue to grow stronger is that it enables the gaming industries to retain their players. It makes it possible for people to enjoy the full thrill of being in a real casino while they sit at home. Individuals get to enjoy the experience of being in the game rooms, interacting with players and other dealers, and even operating the slot machines.

With the improvements being made in the networking features and broadband connectivity, it is becoming possible to make live gaming even more social. To give you an example of a popular video game that has been promoting social interactions throughout 2018, consider Minecraft. Minecraft has already managed to become a popular venue where gamers and friends meet to not only talk butal so work collaboratively. More games are expected to be released in the future, which put more focus into social experiences rather than the gaming experience.

While some people do enjoy gaming alone, socializing has been an aspect of humanity since the beginning of time. Companies which can combine both the socializing aspect and the gaming experience will be able to attract bigger audiences. This suggests that the line between social media and live gaming will continue to become blurred as the years progress.

If you ask any gamer whether he or she would like to be involved in the development of a video game, the answer you will get is a solid yes. Gamers wouldn’t want to just play. They would also want to take part in creating what they will play in the future. Although modding has been around in the PC gaming arena, it was not yet big enough. This trend did appear more in 2018 though.

The main reason why this trend will continue to grow is that companies are realizing the importance of giving their customers exactly what they want. By involving players in building the games they want to play, they will be able to make the games more interesting. This will attract more players.

In the early days, people would have considered live gaming to be for teenagers.This is no longer the case.

To prove this, let’s look at the 2018 statistics below sourced from Statista:

As you can see, adults in 2018 dominated the gaming industry. When you do the math, you will realize that 72% of the US gamers are adults.

The Live Gaming Industry Will Continue to Evolve

After going through the top trends for the live gaming industry, we have outlined above, you have probably realized that the gaming industry will continue growing. One thing to note is that we have not covered all the gaming trends which showed up in 2018. We have only focused on the major trends. In the years to come, gamers should expect more growth and improvements. Gaming companies will continue working hard to come up with better ways to make live gaming more enjoyable. 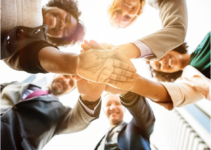 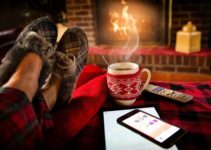