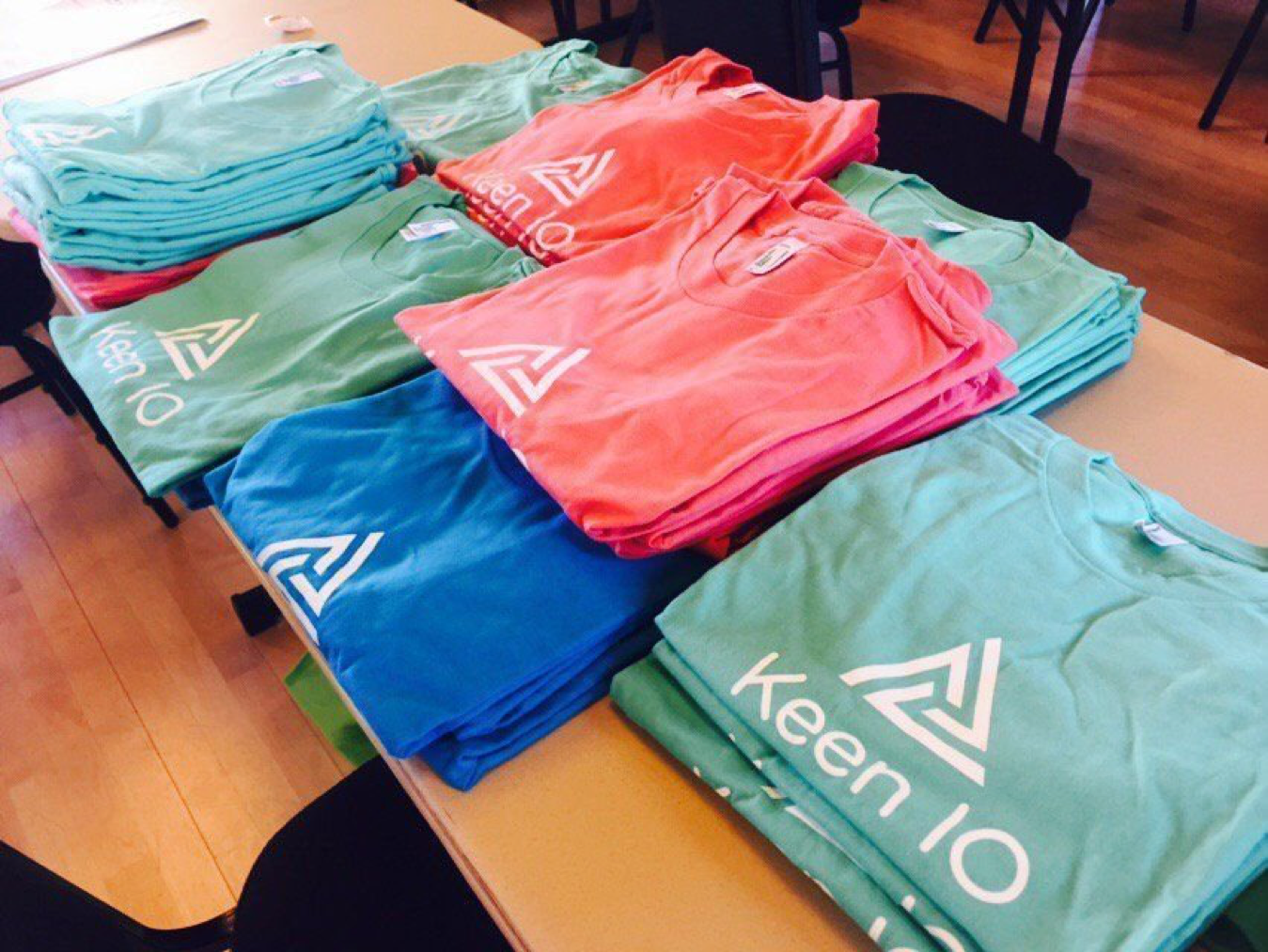 T-shirts have somehow become an essential part of startup culture. In place of the usual workplace uniform, pretty much every startup has its own custom T-shirt, and you’ll see people walking around wearing these on startup conferences and meetups. It’s low-effort, convenient, and expressive of what your startup stands for—but more than the attention-catching factor, custom T-shirts can wildly grow your customer base. Check out how the following startups came up with their own prints, not necessarily following conventional design, and upped their subscribers and revenue:

Who? No longer a
startup, New Relic is a tech company that has been around since 2008,
with offices now in more than different countries. Working from an SaaS
model, they provide performance analytics for software.

What? During
their first few years, they offered the following iconic shirts, both
dark-colored with prints on the center: a classic shirt labelled “data nerd,”
and a more limited edition shirt showing two fists, meant to “celebrate [their]
lifestyle in the same way thugs have celebrated life.” Both have the New Relic
logo at the back.

How? New
Relic’s blog has many interesting entries about their story as a company, and
back in 2010, they were wondering how to get more customers to try out the
first step of their product. Aside from remote-controlled helicopters and free
extended trials of Codecademy, they decided to give shirts away for free. As
soon as users were done with the first step, a shirt was shipped to them right
away. After around two years, they’d sent shirts to 75,000 developers all over
the world, including Australia, Japan, Argentina, and Ireland.

Who? MailChimp
is among the most well-known names out there, especially since more businesses
are turning to email marketing. From email A/B testing to template design, they
cover the whole end-to-end process.

What? While
they’ve created more shirts ever since, this one boosted their merchandise
campaign significantly: a gray shirt with a simple drawing of the MailChimp
monkey mascot, ready to deliver emails.

How? Since
they were just a recently launched startup, MailChimp has gone the extra mile
to send merchandise to loyal customers, including coloring books, monkey-themed
knit caps, and shirts. In 2009, when they gave away 1,000 free shirts to social
media followers, they exceeded expectations by reaching 100 shirts the first
2.5 minutes. It was such a success that when they repeated it in 2010, the
number rose to 5,000 shirts over their social media and app.

Who? Single
Grain is a full-service digital marketing agency that used to be an SEO
startup. Now spread out across three cities in the US, it has an impressive
client portfolio—think Amazon.com, Uber, and Sony Pictures.

What? The
original shirt design that they came up with very faithful to their brand:
black or dark blue shirts with the company name and logo printed in front, with
a message at the back.

How? There’s
an explanation behind why the design is so minimalist. The original founder
only wanted to make some shirts for himself, but then decided to give away some
to his friends because he had too much. When he ran out of shirts only a few
hours after posting on Facebook, he started sending out more. Three versions
later, more than 500 people had a shirt—and they were wearing it all over town!
With business owners and employers striking up conversations about the shirt,
he made at least $500K from the unintended campaign.

Who? Founded
in 2011, Keen.io’s main product is an API that allows developers to create
detailed analytics dashboard for users. While the process normally takes at
least several days when building from scratch, Keen.io brings it down to only
one afternoon.

What? Unlike
the other shirts on this list, Keen.io’s shirts come in a wide range of bright
colors, such as red, blue, and green, and the company logo and name are printed
at the front in white for visibility.

How? In 2017, they got the ingenious idea of secretly making free T-shirts accessible through their API documentation. It was made in a spirit of fun without any marketing agenda, but the results were surprising. In order to receive the shirt, users would have to implement the API—meaning that, at the very least, they’d end up with a basic understanding of how it works and can mention it to other people. Responses came from all over the world through Twitter and Instagram, increasing user engagement and brand recognition globally in one go.

Custom T-shirts don’t actually cost much to
produce, and with the right promotional push—along with a bit of wit and
creativity for the design—they make for great uniforms and draw more people
than ever to your brand. Take it from these companies, who have boomed from
fledgling startups to established businesses with thousands of users.